Home Blog Speed Dating Tips - nobody else talks about

Speed Dating Tips - nobody else talks about

Are you looking for speed dating advice that isn't hit you over the head obvious and more hit the nail on the head?

There's a lot of advice and speed dating tips flying around the internet, and I mean A LOT! But they all say the same thing. Some are just down right obvious and a little patronising, to be honest. If I'm googling for tips I want something a little less obvious than 'don't get drunk' - I do have some common sense, not a lot but some.

There is one piece of advice that everyone says but nobody seems to listen to and that's DON’T TALK ABOUT WORK. That one I agree with, so think up other interesting questions to fall back on if needed.

So no talking shop, anyone, period, capeesh?

Also the advice out there doesn't seem to empower you, instead force upon you what is considered to be attractive. This is what you need to be like to get dates, do this to be successful at speed dating, but that's basically telling you to be something or someone else.

WRONG. Be you because nobody else can. It's what makes us individuals and that's what's attractive.

Let's take the popular classic, Grease. In short, both Sandy and Danny change to be what the other wants but actually they already are the ones that they want! The message being you should never have to change for someone else, otherwise it's just not meant to be. However ultimately Sandy is the one that ends up changing, but the patriarchy was stronger in the 70's, and thankfully times are a changing. 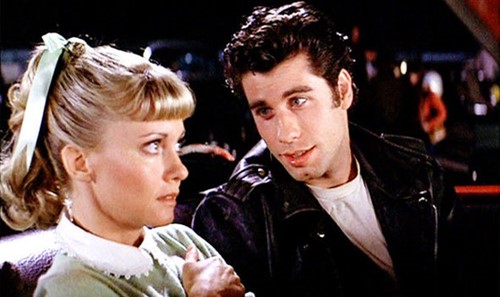 I've hosted hundreds of events over the years and always take an interest in peoples experiences. So I can improve our events but also to understand how best to advise our guests. These tips I've gathered from observation and experience, will give you an insight on how best to approach your speed dating experience and not be a carbon copy from the bullshit advice I see thrown around the internet acting like it's gospel.

Wear what makes you feel comfortable.

So many bloggers all say the same thing, DRESS TO IMPRESS. Fair enough but that doesn’t mean you have to wear a suit like they suggest. You wouldn’t see me dead in a suit, unless it was compulsory,  which it's not at speed dating. I wouldn’t feel comfortable in a suit. I'm not going to come across my best if I'm sitting in a suit constantly adjusting myself, that's not gonna help me get to know someone I've just met. Now if you're comfortable in a suit then great, but I'm more of a jeans and T-shirt kinda guy. So I'd stick on my best T and jeans combo. I feel like me, therefore I am.

When we're meeting new people we often focus on how we're coming across. Am I talking too fast? Do they like me? Is there something in my teeth? And now you're like 'shit, what did they just say?' Keep your focus on them, listen to what they're saying and share with them when you relate to something they say. This also helps not to talk about yourself too much and keeps the flow of conversation natural without obviously leading it a certain way. You'll have heard people say 'They were such a good listener' but never 'They were so good at talking about themselves'….well maybe, but not in a good way!

Play to your strengths.

One blog said 'be funny, girls love funny', yeah, great, thanks pal but we're not all comedians. So instead play to your strengths. This might take a little bit of self-awareness and having a good old look in the metaphorical mirror, which none of us necessarily like to do, but who ever achieved anything from their comfort zone. If you're the joker, that's fine be the joker but don't come with a ton of one liners up your sleeve because you feel you have to be funny. If you're a charmer be charming, if you're a ditz be ditzy and if you're a dick don't bother coming.

On some of our busy events you can be having anywhere between 18-25 dates. That's a lot of people, which is great but it does mean that you don't want to burn yourself out by date number 6. As I mentioned in 'How to get the most out of speed dating' these are brief encounters, you don't want to try and wedge in all the conversation of a first date into 4 minutes. Also one of the brilliant things about speed dating, particularly our weekend events, is after the event has finished people tend to stick around in the bar afterwards. Since everyone has met everyone briefly it creates this less formal environment which is great fun and a chance for people to mingle without the 1-on-1 format. So I'd say don’t give everything away in your 4 minutes and leave a little mystery!

Look just because you meet 20 dates in one night, it doesn't mean that you're gonna like any of them or maybe you like a few but you strike out, that doesn't mean it's all doom and gloom. It's a numbers game after all. How many people can say they had one driving lesson then passed their test? Or swiped 20 times on tinder then got hitched? Just because it didn't work first time doesn’t mean it won't work. The important thing is, if you enjoyed the experience, give it another try. There's no rule on how many times someone should or shouldn't go.

Ultimately, the best advice I can give is to be you, but the best version of you. Bring you’re A game, be prepared or wing it if you do better under the cosh, just don't compromise your integrity in an effort to be something you think someone else wants. Look what happened to Aladdin, the whole time he was trying to impress the princess, she only ever had eyes for the street rat.

So be genuine, all people are looking for is connection and that's the bottom line. Allow yourself to be surprised by people you meet, leave your ego at the door and any worries you might have, for that matter.

Everyone's in the same boat whether they'd like to admit it or not, so enjoy yourself. Who knows what could happen.