Back in 2003, speed dating was widely hailed as a fad and frequently written off as a five-minute wonder. But here we are in 2016, some 13 years later, we’re very much still here and our events remain as busy and successful as they ever were at bringing single Londoners together.

The wonderful thing about meeting someone in person is you know right away if that person is for you. That’s exactly what happened, just a couple of years ago, for Jonathan and Anna. They met at one of our South West London speed dating venues, The Exhibit in Balham.

What started as a somewhat boozy night of four minute dates quickly became much more serious.

Matching up after the event they soon got together and earlier this year were married at the beautiful Muncaster Castle in Cumbria.

Here’s the email we received from Jonathan last month:

To: Original Dating
From: Jonathan
Subject: Why I'm unsubscribing (in a good way)

Was just about to unsubscribe from the Original Dating newsletter when I realised it was only fair to say why - because I'm now married to Anna, who I met at your Balham speed dating event back in December 2011... photo evidence attached!

On that basis, I'll say keep up the good work, but you'll understand why we no longer need your services - two very happy customers indeed.

Sure we aren't the first wedding to come out a boozy night at Exhibit, nor will we be the last, but hopefully that's a bit of inspiration for future attendees.

Jonathan and Anna kindly gave us permission to publish a couple of their beautiful wedding photos. We’d like to take this opportunity to thank them for allowing us to publish this story and to wish them all the very best for the future. 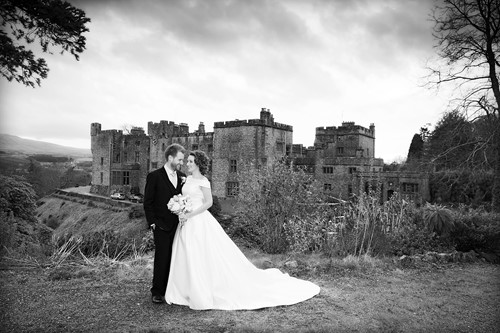 Speed Dating works for so many people and over 70% of our clients meet people they match with.

If you’re thinking about giving us a try, go for it - we could be writing up your success story quicker than you think. Check out our speed dating events here.