This philosophical quote from Oscar Wilde holds a lot of truths for many aspects of life. Wilde believed that we learnt far more about life through art than life itself because of 'life's imitative instinct' and that art taught us to see the beauty in life, we wouldn't necessarily see ourselves.

One of the reasons might be that we look at art more subjectively than life, that art is meant to be seen, admired  and understood but life is meant to be lived. So through art we can see life's beauty and teachings.

This is evident in many kids films such as Toy Story, in fact Disney Pixar is a great example of how storytelling can be used to inform us of life's great lessons. Bambi being another great example of morality.

One of the most told stories is love. We've seen it countless times from Shakespeare's Romeo and Juliet to The Wachowski's The Matrix. You could probably find a love story in nearly any film or TV series you can think of.

Why not give it a try?

Next time you watch a film, see if you're able to find a character that is searching for love or has a love interest. They say there's only really three character motivations – Money, Power, Sex (love).

So what have we learnt from art when it comes to dating advice and is there dating advice from fiction we should listen to. Should our dating lives imitate dating art?

Here's just some dating advice from fictional characters that I want to take a closer look at. We might be able to learn a thing or two.

Steve has had an exceptional journey over the last two series of the hit Netflix show Stranger Things. He went from bad boy heartthrob to nice guy sweetheart. The latest season seen him become something of an older brother to Justin and in one particular scene, Dustin is looking for some advice on girls, with the young lad starting to think less of D&D and more about who to take to the Snowball Dance. Steve, who not so long ago was dumped shares a pearl of wisdom about girls.

'The key with girls is to act like you don’t care. It drives them nuts'

While this 'hard to get tactic' might've worked when we were 16, I'm not sure whether it would now or more so that I hope it wouldn't but the next time a girl shows any interest don't walk away and talk to another girl cause that will drive them fucking nuts.

Gibbs is a man that lives by his own set of rules. If you're a fan of the show, you'll know that these set of rules crop up from time to time. He uses his rules to teach his team of Agents but they're not all about being a Naval Criminal Investigator, some can be about dating like rule number 12.

This is a tricky one and speaking from experience (not my own) these are wise words. While the office romances I've known, haven't ended well, the problem lies with 'you won't know until you try'. Bear in mind if it doesn't, you'll have to see each other on a regular basis.

Clementine is a free spirit she does what she wants, when she wants. She is an incredible character that we can all learn from. One of her best qualities is not accepting the status quo, she goes against the grain. She also hits the nail on the head when she says

'Too many guys think I'm a concept, or I complete them, or I'm gonna make them alive'

Too many of us feel we know what we're looking for, and if they don't meet exactly that then it's not right. Or we are looking to be part of something or have something but the truth is we already are part of something and we should be looking for someone to share it with not looking to them as the final piece of the puzzle because other people shouldn't be the answer or the solution to happiness or whatever 'it' is. 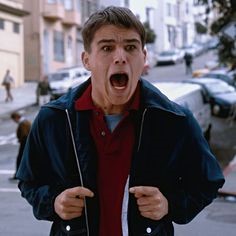 Matt Sullivan takes a voluntary vow of celibacy where he can't have sex for lent. The film is full of relationship advice and a lot of it bad advice but one thing Matt does mention that's worth listening to is about the law of attraction.

'It's very easy to confuse physical attraction with real connection'

This unfortunately is very true and while it's not necessarily advice, it's worth remembering. I think the problem these days especially with the invention of dating apps is we focus too heavily on the physical attraction, we've trained our brains to think this way and not to look for the deeper connection. Lust is a very powerful motivator but unfortunately it doesn’t always look out for our best interests. It can get in the way of what we're truly looking for – connection. 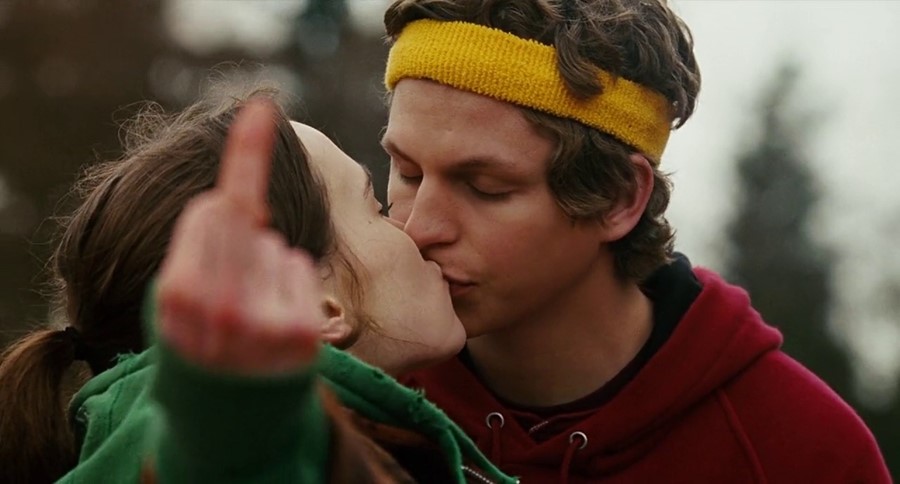 The father in Juno, Mac, has some sound advice for his daughter who happens to be going through a difficult time. As parents usually do they seem to be able to tell it straight and always deliver some sage advice just when you need it.

'In my opinion, the best thing you can do is find a person who loves you for exactly what you are. Good mood, bad mood, ugly, pretty, handsome, what have you, the right person will still think the sun shines out of your ass. That's the kind of person that's worth sticking with.'

This is some sound advice in my opinion. You should never try or have to be someone else for anyone. It sometimes might be hard to realise, especially if you’re in the throes of lust but if you can't be yourself then it's not meant to be. At the end of the day none of us are perfect but we are for someone. 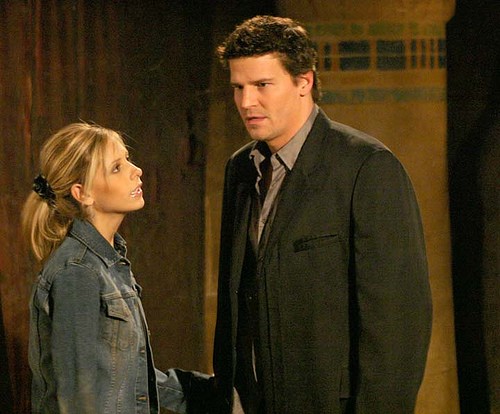 Buffy as we all know is the unlikely Vampire Slayer, a teenage girl. Who not only has to be responsible for the fate of the world but also has to go through, arguably, a scarier ordeal - high school. In this scene her watcher Giles has a crush on a fellow teacher and as we all are, a little scared by the prospect of asking her out on a date. But as always Buffy has the answer.

This really is, all there is too it. We get nervous about asking someone out, the fear of rejection and all that. But all we're saying is would you like to grab a drink and spend some time together to see what is. It doesn't have to be fancy, it doesn’t have to be witty and I always think it's best to keep it simple. You just have to ask and in the words of Dr. Pepper, whats the worst that can happen?

I'd say art is full of dating and relationship advice. Some of it maybe be more subtle than we think, hidden in a simple line of dialogue or maybe in the over arcing story about a boy who tried to be something he's not to win the heart of a princess when all she wanted was the street rat. But it wouldn't be a story, never mind another of arts life lessons if Aladdin had just been himself from the start.

The advice is there, whether it's what to do or what not to do, that's up to you to decide. So we could say 'Dating imitates art far more than art imitates dating'.

Can you think of any advice from fictional characters?